From his performances in the films Black Swan and 12 Years A Slave, world-renowned Violinist Tim Fain returns to perform Mendelssohn’s dazzling Violin Concerto – one of the most perfect works for violin, replete with sparkling melodies and blazing bravura. The Season culminates with the cheerful Symphony by French opera composer Georges Bizet – and a much-needed exuberance and a musical smile!

–– Intermission with Back Stage Interviews ––
BIZET Symphony No. 1 in C major+

+ Premiere performance by the Helena Symphony

Share your viewing party photos live on our PhotoStream. To get started, text ON to 406.412.2014.
View PhotoStream 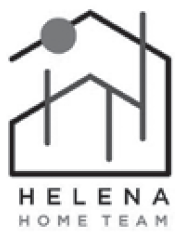 Mr. Fain is sponsored by generous support from: 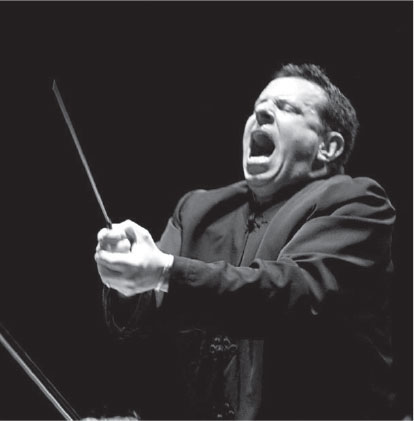 Currently in his eighteenth season as Music Director of the Helena Symphony Orchestra & Chorale, Maestro Allan R. Scott is recognized as one of the most dynamic figures in symphonic music and opera today. He is widely noted for his outstanding musicianship, versatility, and ability to elicit top-notch performances from musicians. SYMPHONY Magazine praised Maestro Scott for his “large orchestra view,” noting that “under Scott’s leadership the quality of the orchestra’s playing has skyrocketed.” 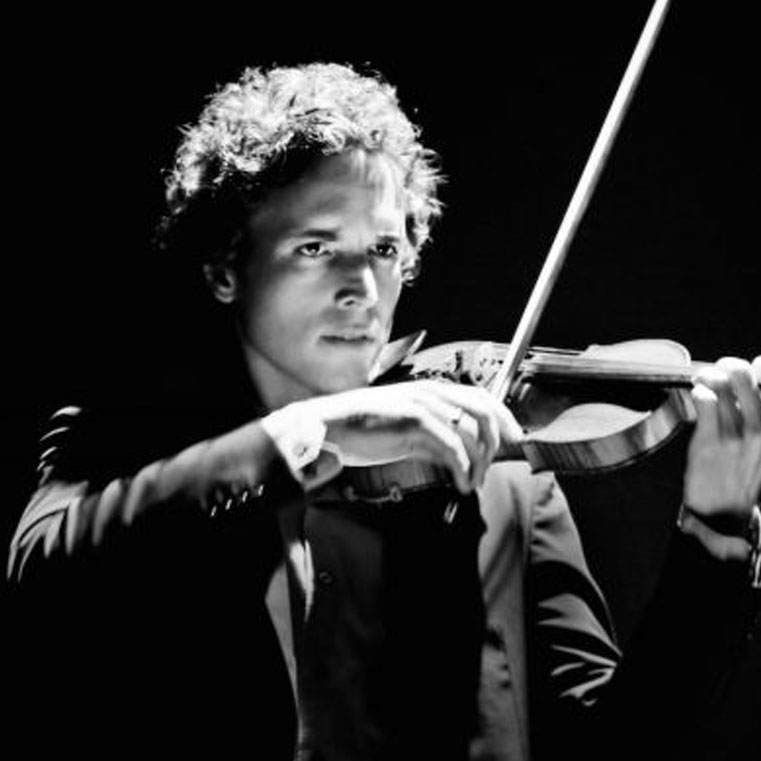 RETURNING TO HELENA, AWARD WINNING VIOLINIST TIM FAIN has been seen on screen and heard in the Grammy-nominated soundtrack to the film Black Swan. Mr. Fain also performs on the soundtrack to the Oscar-winning film Moonlight, and he gave “voice” to the violin of the lead actor in the hit film 12 Years a Slave, as he did with Richard Gere’s violin in the film Bee Season. He has appeared internationally as a soloist with the American Composers Orchestra at Carnegie Hall, Baltimore Symphony, Orchestra of St. Luke’s in New York, Pittsburgh Symphony, Buffalo Philharmonic, Mostly Mozart Festival at Lincoln Center, and National Orchestra of Spain. Mr. Fain’s recitals have taken him to the world’s major music capitals. He has toured with Musicians from Marlboro, as a member of the Chamber Music Society of Lincoln Center, and around the globe in a duo-recital program with Philip Glass.

About the Program – By Allan R. Scott © 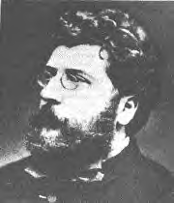 Bizet composed is Symphony No. 1 right after turning 17 years old but did not published the work nor did he ever hear the work performed in his lifetime.  It was discovered 80 years later in 1933.

Ice hockey is first played by military teams in Canada

About the Composer and His Work

While Georges Bizet is best remembered for his operas, specifically Carmen, it is often forgotten that he was a prodigy and had a similarly short life like Mozart and Mendelssohn. Mozart died at age 35, Mendelssohn at 38, and Bizet died at the age of 36 from a heart attack (due to his chronic smoking habit) shortly after the premiere of Carmen. Born to a very musical family, Bizet entered the Paris Conservatory at the young age of nine and later won the coveted compositional award of the Grand Prix de Rome.

During his student years Bizet was influenced and mentored by the well-respected and popular composer Charles Gounod. Bizet wrote to his former teacher years later, “You were the beginning of my life as an artist. I spring from you. You are the cause; I am the consequence.” This admiration is important to perhaps understanding why Bizet’s Symphony No. 1 was never mentioned by him, nor publisher or performed during his lifetime. It remains somewhat of a mystery as to why no one knew of the work until 1933 (some eighty years after Bizet wrote it). Symphonies at the time were somewhat considered my academic efforts by the Parisian arts community in the late 19th century and most composers would write them only to advance their technique and focus their reputation and success on their works for stage – namely operas.

The more likely reason why Bizet did not publish or ever mention his First Symphony is because it was so similar to Gounod’s Symphony No. 1 composed less than a year earlier. Bizet was so influenced by Gounod that the younger composer used several elements from his mentor’s work in his Symphony, including quotes, rhythms, and overall melodic shape. While it is fairly common for composers to quote each other, Bizet perhaps did not want to publish a work as a 17-year-old student that resembled his teacher’s (one of the most popular composers at the time), and within such a close time period.

Despite the similarities to Gounod’s work, Bizet’s Symphony No. 1 immediately speaks as a composer full of life and artistic maturity. Structured in the conventional four movements and Classical form, the Symphony shows what would be Bizet’s hallmark operatic drama and lyricism coupled with the vitality and perfume of a Mozart work. Bizet’s Symphony has no real introduction other than a Beethoven-like chord that launches the entire work. The first movement sparkles with colorful outbursts of excitement until it becomes more intimate with a solo oboe, yet always maintaining Bizet’s irresistible energy.

If the two faster outer movements seem to have the arousing enthusiasm like Bizet’s operatic overtures, then the two inner movements show the younger composer’s promise of creating incredibly alluring, almost hypnotic moments where the orchestra truly sings. The second movement sets a solo oboe to a beautiful air complete with grace, nostaglia, and melancholy as the strings lightly pluck underneath. In the third movement, Bizet immediately engages and transports us in a spirited dance that soars with strings singing as winds and brass punctuate the merry-making. The finale begins with a bursting chord in our face like the opening of the work, and the strings and winds create the most operatic of all the movements.

Even though the fourth movement is the final movement to his First Symphony, it really seems like the overture to his career that in many ways began with this unknown gem – and all at the age of 17! 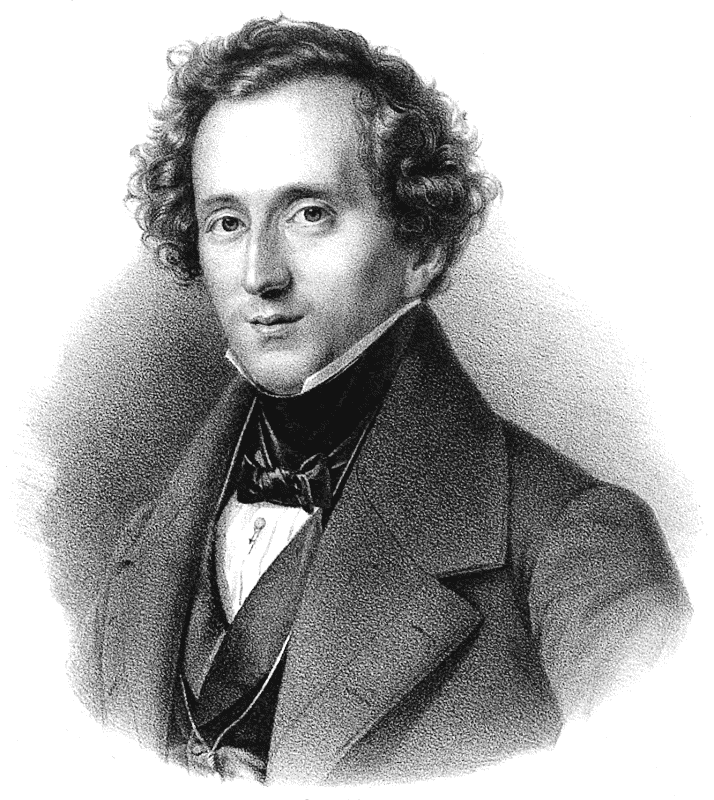 About the Composer and His Work

It is often suggested that in order to truly be a great artist of any kind, one must endure a certain amount of suffering.  This thought has never been more false for the career of Felix Mendelssohn.  Few composers have been born into such congenial and unworrying circumstances as Mendelssohn.  Son of a banker, he was never wanting for material needs, yet even if he had not had these advantages his natural talents would surely have brought him to prominence.  His education included private one-on-one liberal arts education and even private philosophy instruction at the University of Berlin and further intellectual instruction with world renowned poet Johann Goethe.

Musically, Mendelssohn resembled the pianist skills and early compositional talents of Mozart, mastering the fugues of Bach and associating with musical giants such as Moscheles (student of Salieri), Hummel (student of Mozart and Haydn), Cherubini, and Rossini.  By the time Mendelssohn was eighteen he was an accomplished painter and poet, and musically he had produced a substantial body of works.

As a composer Mendelssohn was influenced by the works of J.S. Bach, Handel, and Mozart, rather than those of his contemporaries.  By the close of his career Mendelssohn emerged, along with Richard Wagner, as one of the fathers of modern conducting and the person who first brought the works of J.S. Bach into mainstream performances.  In addition to serving as conductor of the Leipzig Gewandhaus Orchestra and the founder of the Leipzig Conservatory, Mendelssohn produced operas, incidental music, oratorios, sacred and secular cantatas, twelve sinfonias for strings, four symphonies, overtures and other orchestral works, concertos for violin and piano, chamber music, many keyboard works, choral works, songs and duets.

Mendelssohn’s success as a conductor allowed him to compose works for his orchestra and also enabled him to appoint his childhood friend, violinist Ferdinand David, to the post of concertmaster.  To celebrate their collaboration, Mendelssohn decided to write a violin concerto for his friend.  Even though it would have not been entirely abnormal for him to compose a work in six days, Mendelssohn actually took six years to complete his Violin Concerto.

While the Violin Concerto is Mendelssohn’s last larger orchestral work, the orchestra in many ways is merely the palette for the violin solo.  The Violin Concerto proved to be one of Mendelssohn’s greatest works.  Today it still remains the standard bearer for any aspiring violinist and any composer hoping to write a violin concerto.  The virtuosity needed coupled with the ability to play a lyrical line with subtle nuances and intensities were simply unprecedented other than Beethoven’s masterful concerto for violin.

Strikingly, the work does not pause between movements, thereby forcing the soloist to play nearly every moment in the almost thirty minutes of the work.  From the outset, the soloist enters immediately instead of the orchestra introducing the theme.  The violin solo goes back and forth between bravura passages and a tranquil second subject, building up to a frenzied culmination of the first movement.  With a lone bassoon holding one note, the second movement connects effortlessly to the first.  The violin solo does nothing less than sing a song of touching nostalgia while the orchestra supports the solo with nimble dexterity until the movement comes to a serene conclusion.

The middle section transitions to the final movement with a fourteen-bar passage in order to set up a lively finale where the solo and orchestra have a back and forth type dialogue.  As musicologist Geoff Kuenning wonderfully depicts, the finale to the Concerto “pays proper homage to the virtuoso tradition of the concerto, displaying buoyant themes at such breakneck speed that the soloist seems to play twice as many notes as any pair of other instruments combined” – which leaves us completely satisfied, but simply wanting more.